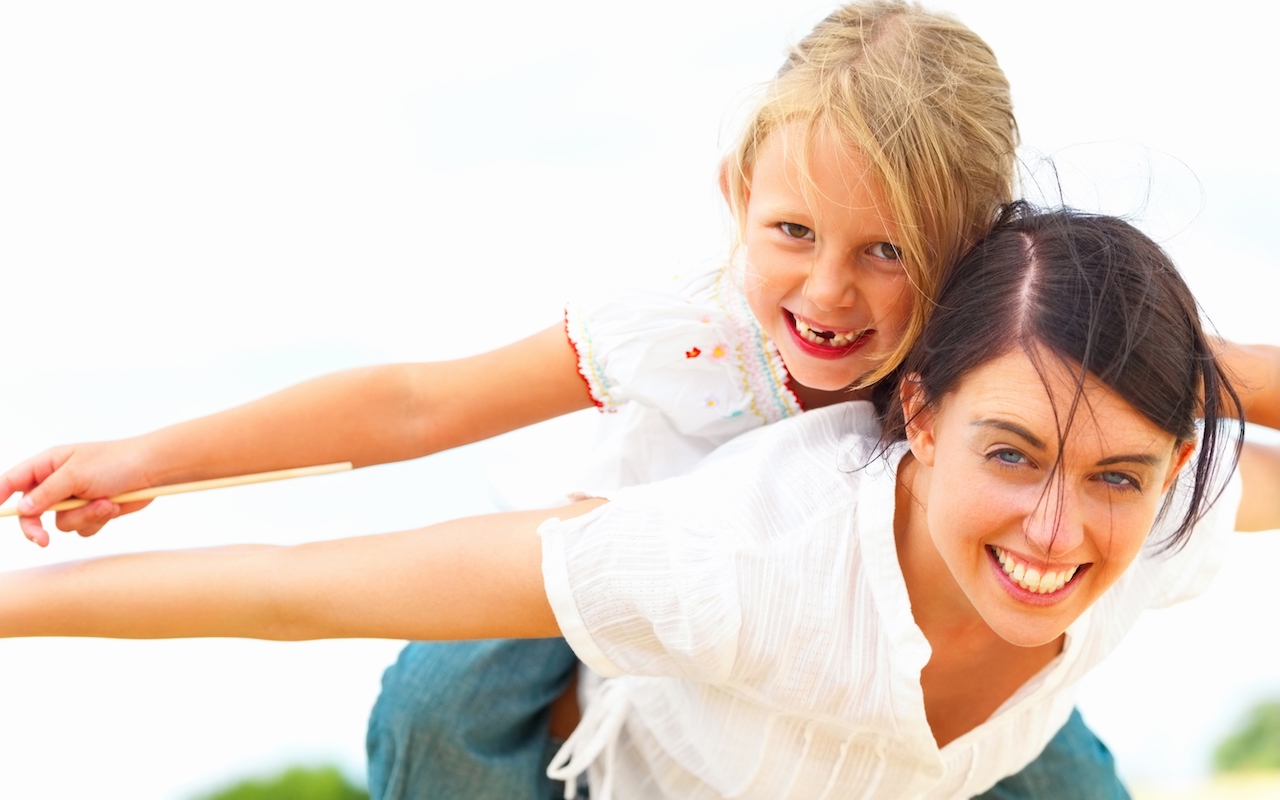 Be a “Synergicity” Parent, not an Independent Parent

In parenting, as well as in most things, methods and techniques and experience and ability are important, but attitude is the most important factor of all.  This is particularly true when it comes to parenting and building strong families.  In this third of four parts on optimal Parenting attitudes, we will compare and explore the difference between an attitude of Independence and an attitude of “synergicity,” and then apply both to parenting to see what the relative affects are and to think analytically about which of the two is best for our kids, best for our families, and best for us. Synergicity is a combination of the words synergy and synchronicity and it means working together with others and getting a result that is greater than the sum of its parts, and understanding that everything in life is connected and that each part needs the other parts.

This is a part three of a multi-part series for UPLIFT FAMILIES by Richard and Linda Eyre.

The Key Attitudes of Parenting Part 3

First let’s compare an ”independent, go-it-alone attitude” with a “synergicity attitude,” and then let’s think about how each can apply to parenting—so you can decide for yourself which of these two types of a parent you would rather be.

Independence is such a revered concept that we have a holiday named for it. We revere independence.  To need no one but ourselves, to stand alone, these are the mottos of today. Yet we continually find out in spite of ourselves, how interdependent and dependent we are, how much we need other people and how much we need God.

How can one speak or write against independence in a land founded on it and emancipated by a document called the Declaration of Independence?  Of course, independence is a desirable political condition, and of course personal independence is an asset in the sense of thinking for oneself and taking care of oneself.

But like the other deceivers, it gets dangerous and damaging when it is carried too far—especially when it is carried into our spiritual lives and our relationships.  We have become a nation that worships independence and that equates strength with not needing other people—with "going it on our own." It is easy to forget, in this mode, how interdependent we all are, and how it is our collective intelligence that has allowed us to progress so far as humans.

As Matt Ridley explains in his book The Rational Optimist, “At some point, human intelligence became collective and cumulative in a way that happened to no other animal.”  He explains that he has, on his desk, two similar sized, man-made objects—one is a stone age hand ax, and the other is a computer mouse.  One was made by one person, the other by thousands of different people, each specialized in one thing but working in tandem to create and produce technology.  This collective intelligence and interdependence is what allows the vast progress that Independence could never generate.

And to need and to be needed is what keeps us human, humble, and honorable.

Perhaps the most dangerous Independence construct of all, is that it makes it too easy to forget our complete and entire dependence on the Higher Power who gave us life and now gives us every breath we breathe.

The real problem with Independence is in the "I."  Independence, at the lengths we often try to carry it, is the attitude of “I.”  It’s about me and about what I can do on my own.  Real life, the way God intended it to be lived, is always about we, about us, about our interdependence. It’s about how all of us are brothers and sisters because we are all His children, and all equally and totally dependent on Him.  The old, positive "can-do" attitude is a great place to start, but a better (and higher) place is a positive "can't-do" attitude that essentially says "Of myself, I am nothing, and can't do much of anything, but with the help of friends and family, and most of all with guidance and spiritual assistance, of God, I can do things of true meaning.

So think critically for a moment about our false and misplaced desire for independence.  We are all interconnected and interdependent in so many ways.  We need each other and it is these needs that make us human, that allow us to love, and that encourage us to make commitments.  Too much emphasis on independence leads to isolation.

Bottom line: There must be a better perspective, a better paradigm than Independence

The alternative attitude to Independence is an attitude of “Synergicity”

Synergicity is a rescuer and restorer of joy rather than a destroyer.  Instead of saying that we must stand alone, it says that in most aspects of life, we are completely dependent on higher, more spiritual forces.  Instead of implying that we don't need others, it suggests that we are all interdependent, and that people working together can accomplish much more than the total of what they could do individually.

Instead of exclusive focus on individualism, Synergicity focuses on family, friends, relationships, communities—and on connecting everything to the greater whole. Instead of looking for ways to do better than others, it aims at ways of doing better with others.  Instead of striving to do things in spite of the circumstances around us, it prompts us to do things within and in harmony with the realities that surround us.  And its most spiritual dimension, instead of the goal of lifting ourselves by our bootstraps to the objectives we have set, it teaches us to let God lift us to the divine destinies He has for us.

Synergicity is a lens through which we try to view the world more organically—with everything interconnected, everything benefiting from and interdependent with everything else. “Symbiotic, by the way, is another nice S-word, meaning "any interdependent or mutually beneficial relationship between two persons, animals, groups, etc."  It can be thought of as another dimension of the third Alternative.

Synergicity then, the third and final corner of the optimal attitudes, is a combination of the words synergy, synchronicity, and symbiotic, defined as a paradigm in which we acknowledge divine dependence, mutual interdependence, and respect for the beneficial interconnectedness of all things, times, and occurrences within the framework of a higher purpose.

Let's compare Synergicity with the Deceiver of Independence that it replaces and lets do the comparison on the four criteria of Truth, Love, Motivation, and Happiness:

Truth:  Independence is simply not an accurate paradigm. To reiterate, as hard as we might try to convince ourselves that we are independent, we are actually completely dependent on this earth and its spirit for everything that keeps us alive; and interdependent on so many people.  Synergicity recognizes this simple truth, and turns it into a magnificent blessing.

Love:  Synergicity simply expands the number of things we can love, and makes the love of special people expansive and exciting in the possibility of becoming, together, more than twice what either can be alone.

Motivation:  The self-centering notion of trying to do everything ourselves, to stand alone, to depend only on self, is a stubborn and defensive kind of motivation, likely to burn out and turn brittle.  The motivation of synergicity reaches out, and has the excitement of lifting others as it lifts us, and the adventure of trying to fit the pieces of God's puzzle together.

Happiness: Independence, doing things with only our own capacity and our narrow perspective, has the potential of only very limited, and often highly unhappy, results.  Synergicity, and finding the connections that are all around us magnifies every joy and extends every potential—and all limits are off.

Being a Synergistic Parent

You are probably way ahead of us now, but the comparison of Independence as an attitude with Synergicity is most stark when it is applied to family and seen through the lens of parenting.

A parent with an Independent attitude tries to do it all himself and make all the decisions herself and assumes that a child can be raised in a controlled experiment where the parent cuts off the influences not wanted and lets in only what he or she approves.

In two parent families an independent attitude is particularly bad because each parent brings his or her own paradigm to the table and assumes that the other parent will follow the same patterns and priorities that he or she does.  There is also frequently a feeling among an independent attitude parent that his or her spouse must do exactly the same things at least 50% of the time if they are going to be equal in their time.

Synergistic parents, on the other hand, lean first on their partnership and find creative and reality-reflecting ways to team up and magnify and recognize each other’s skills and aptitudes and to create a synergy where the total of the parenting influence and effectiveness is truly greater than the sum of its two parent parts.

Secondly, synergistic parents look for good help in raising their children from all available sources.  They appreciate and support and assist the schools.  They are involved in their church or other community groups and look for associations that reflect and reinforce their values and back up those values with their children.

At the same time, synergistic parents understand that the buck stops with them, and they take the ultimate responsibility for the education, the morality, and the character of their children and delegate parts of their parental stewardship only to other individuals or institutions that reflect their beliefs and principles.

Synergistic parents also share more with their kids, and are open with their concerns and feelings and even with their mistakes.  They are not afraid to apologize to their kids when they have made a mistake, and they are honest and vulnerable in talking about their own insecurities and interdependence so that the kids feel like they have equity in the family and not like little pawns that their parents move wherever they wish.

In other words, synergistic parents respect their kids enough to be honest with them and to work as a team through family councils and other opportunities to really communicate and work together on their collectively set goals.

Good luck in overcoming the misguided attitude of Independence and adopting the more enlightened (and more true) attitude of synergicity….both in your parenting and in your life.

Note:  This is the third in a series of four articles on “The Optimal Attitudes of Parenting.”  The first and second articles can be seen here and here on UpliftFamilies.org, and the fourth will come in early April. All four articles are based on Richard Eyre’s new book The Happiness Paradox.  To learn more, Uplift readers can visit https://familius.com/eyre-special with the access code UPLIFTFRIEND.

New York Times #1 Bestselling Authors Linda and Richard Eyre have seen their books sell in the millions and be translated into more than a dozen languages. Appearing on virtually every national talk show, including Oprah, Today, and CBS This Morning, the Eyres have also spoken and presented throughout the U.S.  and in more than 60 countries. They invite you to follow them on Instagram @ RichardLindaEyre

Uplift Families is proud to distribute original family-based articles on our website. We invite you to visit www.UpliftFamilies.org to find outstanding parenting resources! Here is our latest article by Richard and Linda Eyre. Please feel free to share with friends and family.