POSTED BY Uplift Families on September 19, 2019 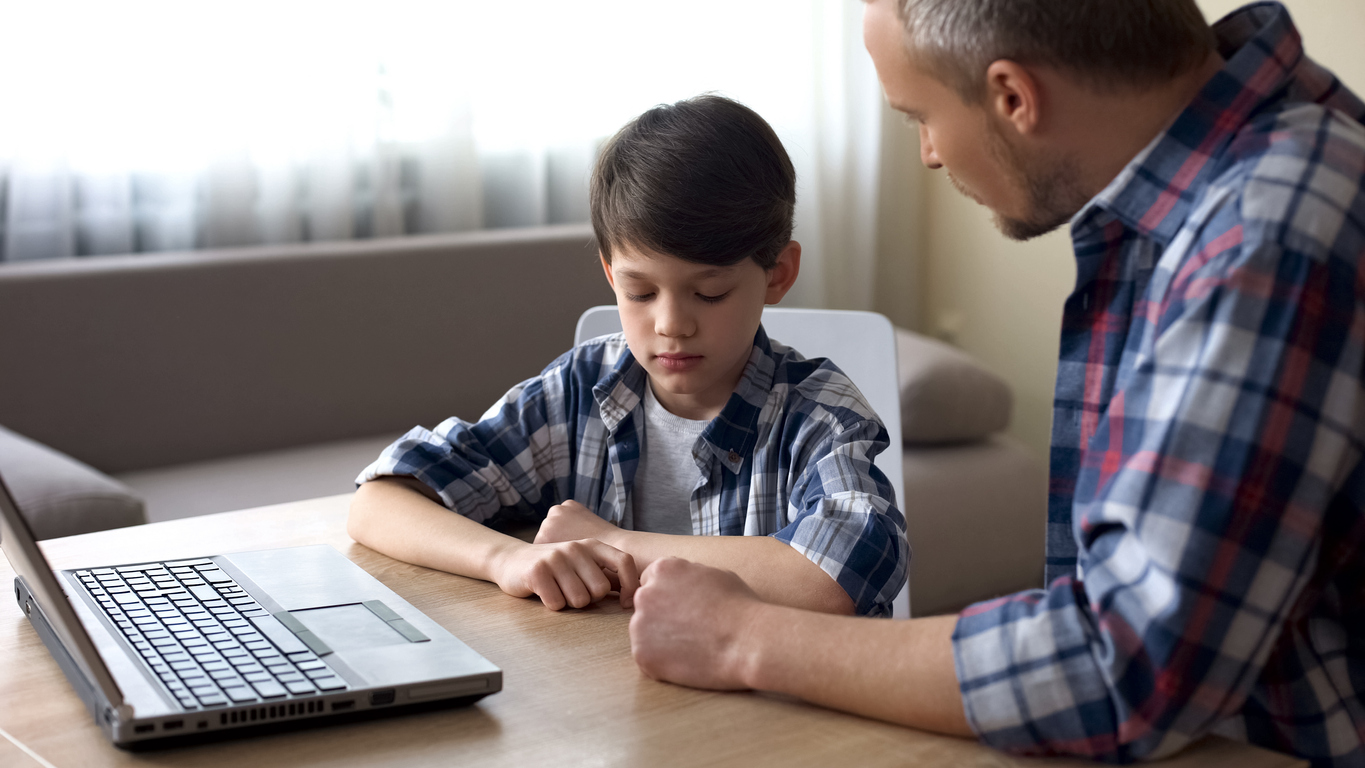 A few years ago, while driving in heavy traffic, I noticed a bumper sticker on a cream colored convertible just ahead.  It read...

Wow!  Could that tag line from a dog food commercial be the answer?  Could better parenting be that simple?

When my son Jacob was little, his mother scolded me often for scolding him so often. She was right. I deserved the reproach – but the reproach didn’t help much.  I simply didn’t know what else to do. A dysfunctional family of origin had left me with a strong tendency toward criticism and perfectionism – a tendency I was having a very difficult time overcoming.

By the way, this kind of “perfectionism” is a very imperfect person trying to perfect others. Not a great plan.  My ineffective perfectionism had produced an equally ineffective nitpickiness in my parenting style. I barked a lot more than I wagged.  I knew this didn’t work but, try as I might, I hadn’t been able to shake this sticky little problem of focusing on my family’s shortcomings – and my own.  I knew I needed to change – but how?

The answer lay in something I learned at an “Increasing Human Effectiveness” seminar.  In a moment of profound revelation, the speaker Bob Moawad  presented this insightful maxim:

Catch someone in the act

of doing something right!

Was this the answer I’d been seeking?  If I can’t stop doing the wrong thing (bark), maybe I can start doing the right thing (wag).  In trying to be a good parent, I was paying attention to the wrong thing. I focused on what my son did wrong. I needed to focus on what he did right.

I returned home from that event committed to catch my son doing things right. I watched and waited to catch him in the act... of doing something right!  I very soon caught him. I don’t recall what he was doing, but I do remember the startled, then delighted look on his young face when I fairly hollered, “Aha!  I caught you – doing it right! High five Jacob!”

He grinned and wiggled and giggled as we high-fived each other.  By intentionally catching him doing something right, his critical dad had finally done it right as well.

This became a wonderful game. Like a lion in the tall grass, I would lie in wait for him – to do something right. Then I’d leap out and catch him. We started catching each other in the act of doing things right every day. Our relationship shifted, fun-damentally.

Weeks went by, then months.  As the novelty of the game wore off, I relaxed my commitment, failed to pay attention, failed to lay in wait.  I didn’t catch my little Jacob-man for days...

I was in the living room when I heard a blood-curdling shriek from the kitchen, “Dad, Dad, come here, come here – hurry!”

The alarm in his voice sent me running, expecting blood. There he was, my beautiful Jacob, knife in hand, a half-made, messy peanut butter sandwich in front of him. This time, however, instead of the elements of his untidy concoction spread out all over the counter, as kids are wont to do, the mess was contained (mostly) on an actual plate!

Wow! How cool is that!

With an excited grin, Jacob exclaimed loudly and proudly, “Dad, Dad, look!” Fairly turning inside out with glee, he proclaimed, “You caught me! Din’cha! You caught me, Dad! You caught me doin’ it right!  High-five, Dad!”

My commitment to catch my sons, my daughters, my spouse, my friends, my associates, “doing it right” was renewed, revitalized, expanded…  We all began to “Bark Less [and] Wag More.”

Do you want to enhance behavior? Watch and wait until you catch ‘em in the act – of doing something right! It is simple. It is fun. It is inspiring. It is transformative. Proactively seeking opportunities to catch others in the act of doing things right, instead of focusing on what they are doing wrong, changes – us!

Let’s catch ‘em doing it right. Let’s wag more and bark less. This will Uplift Families as much as anything else we can do.

Former NSA Chapter President, Brad is a nationally recognized speaker and author of the best-selling book, Beyond Illusions.

A master magician, Brad can levitate a card, rip apart then restore a newspaper… but his best trick is showing audiences that we have power to recognize illusions – for what they really are – and get on with living with passion and purpose.

Brad lives in Spanish Fork, UT with his wife, Melissa, and their several children.