Being human means that we continually face problems in our lives. All couples will inevitably encounter challenges, large and small, on an ongoing basis...even those with the best marriage relationships. This is true for everyone, regardless of how in love they are or what their financial status may be. Throughout the entire course of marriage couples continually face challenges and must deal with their own unique blend of tough stuff.

To review, here are the Six Essential Steps to Create An Amazing Marriage:

The Fifth Step to an Amazing Marriage:
Confronting, then Resolving Conflict

Occasionally you may say something like, “Why we’ve been married for thirty years, and we’ve never had a difference of opinion!” If that’s literally the case, then one of the partners is overly dominated by the other or they’re simply not telling the truth. Any intelligent couple will have differences of opinion. Our challenge is to be sure that we know how to resolve them because that’s part of the process of making a great marriage. To effectively confront and work through challenges are critical skills.

Before I even begin this part, though, I want to take just one minute and remind you of a critical point: We CAN avoid many of the conflicts in our lives. Often, we have complete control over things we perceive as problems in our lives, and we choose to make them into bigger problems than they need to be. Remember Eleanor Roosevelts’s quote: “No one can offend me without my permission.” Let’s choose to allow no one to offend us...no matter what...especially our marriage partners.

Dr. Richard Carlson suggests one way we can avoid conflicts in our marriages: to practice ignoring our negative thoughts. He wrote: “It has been estimated that the average human being has around 50,000 thoughts per day. That’s a lot of thoughts! Some of these thoughts are going to be positive and productive. Unfortunately, however, many of them are going to be negative - angry fearful, pessimistic, worrisome. Indeed, the important question isn’t whether or not you’re going to have negative thoughts - you are - it’s what you choose to do with the ones that you have.In a practical sense, you really have only two options when it comes to dealing with negative thoughts. You can analyze your thoughts - ponder, think through, study, think some more - or you can learn to ignore them - dismiss, pay less attention to, not take so seriously. This later option, learning to take your negative thoughts less seriously, is infinitely more effective in terms of learning to be more peaceful.

No one can offend me without my permission
- Eleanor Roosevelt

When you have a thought - any thought - that’s all it is - a thought! It can’t hurt you without your consent. For example, if you have a thought from your past, “I’m upset because my parents didn’t do a very good job.” you can get into it, as many do, which will create inner turmoil for you. You can give the thought significance in your mind, and you’ll convince yourself that you should indeed be unhappy. Or, you can recognize that your mind is about to create a mental snowball, and you can choose to dismiss the thought. This doesn’t mean your childhood wasn’t difficult - it may very well have been - but in this present moment, you have a choice of which thoughts to pay attention to.

This same mental dynamic applies to thoughts of this morning, even five minutes ago. An argument that happened while you were walking out the door on your way to work is no longer an actual argument...it’s a thought in your mind. This dynamic also applies to future-oriented thoughts of this evening, next week, or ten years down the road. You’ll find, in all cases, that if you ignore or dismiss a negative thought that fills your mind, a more peaceful feeling is only a moment away.” Good thoughts by Richard Carlson in his book Don’t Sweat the Small Stuff.

Henry Kaiser said, “Problems are only opportunities in work clothes.” Conflicts can strengthen a marriage when confronting them leads spouses to reexamine their assumptions, beliefs, and behavior patterns, stretch their imaginations, and explore new ways to handle challenges.

There are 10 things to consider when dealing with conflict

Those who deny or “stuff” their feelings inevitably realize there’s no more room to “stuff” and all the emotions they’ve denied over the years come back to overwhelm them. Emotions need to be recognized and dealt with, without anger.

Let’s talk about anger management. There are three things to do when you start getting angry:

3. Be sensitive to timing and request permission to discuss challenges

Say, “I’d like to discuss something I’m feeling upset about. Is now a good time for us to talk?”

Do you always have to talk about the problem right when your spouse is ready? I don’t think so. Companions need to be able to say things like, “It’s been a really hard day at work…can I have a few minutes to unwind and regroup? Then I’ll be happy to discuss it.”

4. Use tact, prudence and wisdom when confronting conflict

Instead of:“You make me so angry when you....”Say: “You know, I’ve had this same problem before, and I’ve noticed that sometimes you....”

Instead of: “You always” or, “You never.....” (Absolutes are troublemakers)Say: “Help me understand what you’re thinking....”

5. Give positive feedback before giving a suggestion

For example, “Sweetheart, I’ve noticed how kind and sensitive you are when you talk to our neighbors; you have such compassion for others. But when you talk to me, I rarely feel a sense of kindness. It would mean a lot if you spoke to me with a kind tone of voice.”

6. Be specific about your concern

Identify the specific issue you’d like to resolve and labeling it a “concern” rather than a “big problem.” For example: “I’m concerned about the amount of interest we’re spending on credit cards, and would like to discuss our options for paying off our credit cards so we can get out of debt.” A problem well-stated is a problem half-solved.

Although I discussed this in an earlier article, I wanted to mention it again since it’s a critical part of conflict prevention and deserves a place on this list.

8. Attack the problem, not each other

Wally Goddard, relationship expert, said, “One of the most common marital mistakes is to say, “If I can get you to understand what is wrong with you, we’ll be just fine.” In other words, “You need to listen to me better, because I can tell you what is wrong with you and then you can fix it. Then we’ll be happy!”

Ask yourself this: “Independent of anything my partner chooses to do, what can I do to make my marriage more peaceful and joyous?” Then listen to your heart. That’s the kind of question that creates amazing marriages.

Very few people change for the better as a result of constant criticism or nagging. If we’re not careful, some of what we offer as “constructive” criticism is actually destructive.

We talked about ways to confront issues. Equally important is learning how to receive a confrontational message from your mate. Even when they do all the right things, it can still be tough to listen and learn from criticism.

Say “I’m sorry” easily. As hard as it is to form the words, be swift to say, “I apologize”, even if you’re not the one totally at fault. True love develops when you have a forgiving heart and you’re willing to readily admit personal mistakes and offenses. When people ask, “What can I do to be cherished?” this is one of the first things I suggest: forgive quickly and say “I’m sorry” easily.

When differences do arise, being able to discuss and resolve them is important but there are times when it is best to take a time-out. Biting your tongue and counting to ten, or even a hundred, is an important skill. And occasionally, letting the sun go down on your anger can help bring you back to the problem in the morning more rested, calmer, and with a better chance for resolution.

Please keep an eye out for Step 6: Continue, the next article in Dr. Paula's series on creating an amazing marriage. 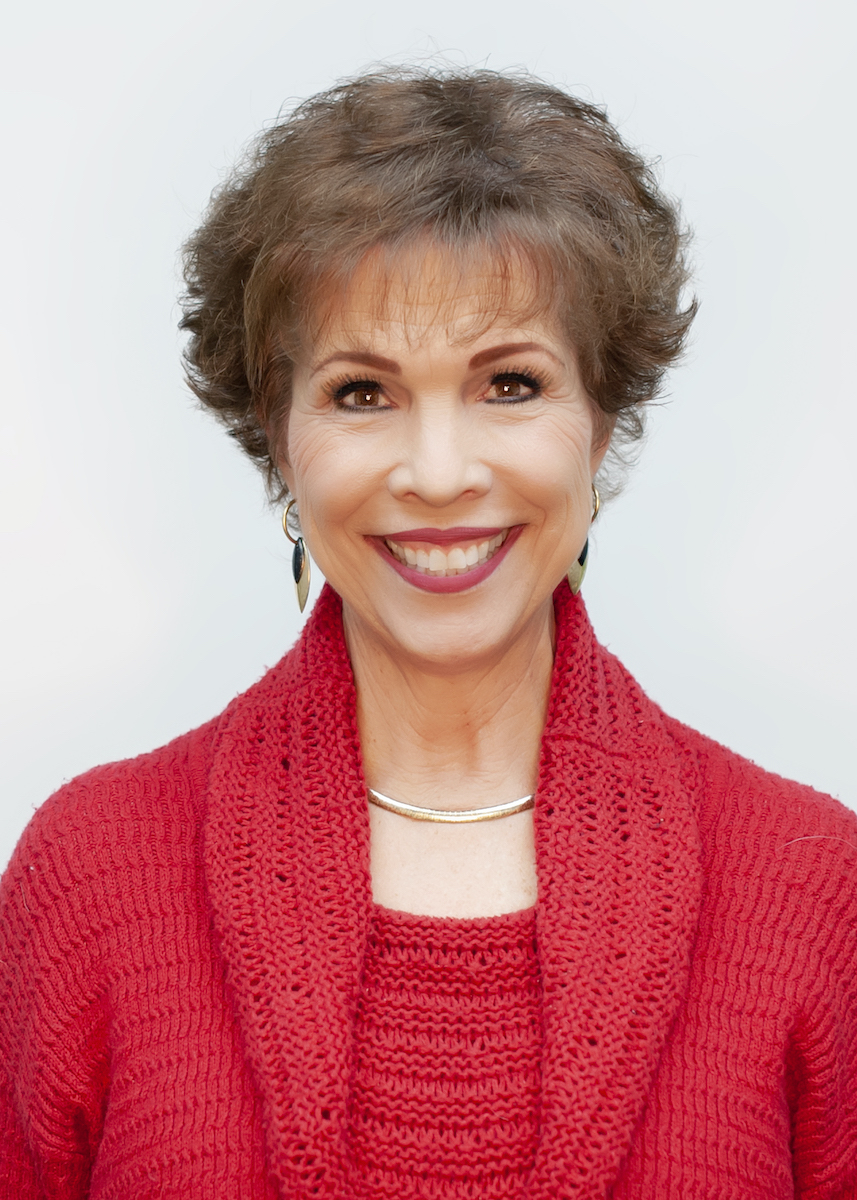 Dr. Paula Fellingham is the Founder and CEO of the Women’s Information Network (WIN), an educational and social network for women, and a global community of women: www.WomensInformationNetwork.com. The WIN hosted the largest gathering of women in history for the 100th anniversary of International Women’s Day on March 8, 2011: 377 live events in 152 countries.

Paula has given presentations to delegates at the United Nations, for the World Movement of Mothers in Paris, and at numerous other conferences across the world.

Paula received her Bachelor of Arts in 1971, and her Doctorate in 2004. Dr. Gilbert Fellingham (University Professor of Statistics) and Paula are the parents of 8 children, and the grandparents of 24 grandchildren.