Marriage Myth 7: The Equality Myth (And Other Myths about Sameness.) By Linda and Richard Eyre

POSTED BY Uplift Families on September 01, 2020 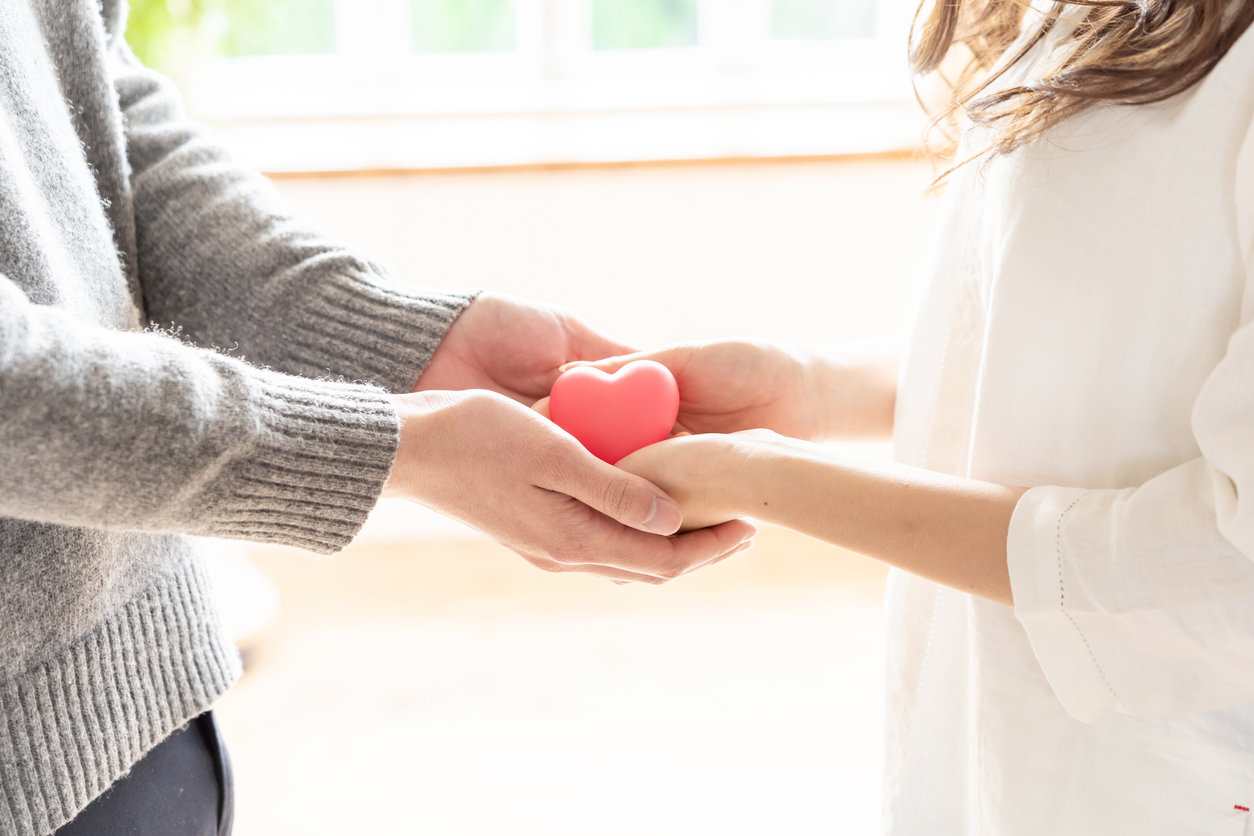 Editor’s note:  This is the eighth article in a series of 8 on the Myths of Marriage.  They are drawn partially from the Eyres’ forthcoming book by the same name and are intended as a preview for our readers. The myths are eight erroneous beliefs that are discouraging and undermining marriages throughout the world. Today’s article is on the seventh myth.  The previous articles in this series can be read here https://www.upliftfamilies.org/blog .

MYTH: Equality should be the prime goal of your relationship or your marriage.

TRUTH: Striving for equality breeds comparing and criticism and it may produce more competition than compatibility. It is better to work for a marriage of synergistic oneness that breeds cooperation and compensates for one another’s weaknesses.

TRUTH: The best kind of equality is oneness, and it thrives

on different but equally important roles.

2. SUB-MYTH: The key to a good marriage is for both partners to go 50 percent and meet in the middle.

3. SUB-MYTH: Feminism is about eliminating all differences between men and women.

TRUTH: Feminism is about women and men being different but equal.

THE COMPLEX QUESTION OF EQUALITY IN MARRIAGE

It is proper, of course, and fashionable and certainly politically correct to want and to advocate equality in a marriage relationship. But what does equality actually mean? The word seems to have many contexts and definitions. Does it mean sameness? Or can it mean different but equally important roles?

Richard: I was a student at the Harvard Business School at the height of the most militant period of feminism, a time that woke a lot of people up in a good way, but also a time when the definition of equality and the definition of sameness became a bit mixed and muddled. The women in my class wanted to dress like men, act like men, and essentially be like men.

We had one French guy in our class who begged to differ.

“Viva la difference!” he said. “We should be celebrating the wonderful and mutually attractive differences between real men and real women, not trying to eliminate them!”

Feminism, we think, has grown up since then. Women legitimately want to be equal with men, but not the same as men. Women want to be paid the same, valued the same, and judged the same—but not want to be alike.

And this is the pattern we should follow in our marriages!

Any man who thinks he should have power or dominance over his wife is missing the whole point of marriage. And any woman who thinks that she has to do exactly the same things as her husband to be equal to him is also missing the point.

Perhaps the most profound and unassailable definition of equality applies to two indispensable and complementing parts of one whole.

Smart couples enjoy specialization and figure out together who is best at what, and then manage their marriage and family accordingly. Men generally have propensities in some things and women in others, but there are endless exceptions and cases where those propensities are opposite or mixed. There is no one-size-fits-all and no

one definition of equality and oneness.
And since this is a book about all phases of marriage, from new-

ly-wed to nearly-dead, it should also be mentioned that as time passes and capacities wax and wane, there may have to be shifts in who does what and in how much each can do.

Wise couples think about, analyze, and seek to work out and learn from their differences rather than eliminating them.  So, if we are going to strive for equality, may we at least look for a type of equality that is symbiotic and synergistic, where two parts of a whole depend on each other, support each other, and make each other better—where the whole is greater (and happier) than the sum of its parts!

THE PROBLEM WITH EQUALITY (And the better paradigm of oneness.)

We give equality a lot of lip service and praise, but when applied to marriage, the concept has problems. Insisting on equality can be like trying to make every game end in

a tie. If we are constantly worrying about equality then somebody is always a little ahead or a little behind and we have to keep compensating and adjusting.

There is an element of competition in equality, and a certain amount of comparing and judging.

Maybe the best marriages are not about equality. Maybe they are about oneness.

In our definition, oneness brings two halves together in a merger that allows for synergy, for specialization, for different abilities and skills, and for mutual appreciation rather than mutual competition.

When we got married, we had the thought that Linda the violinist would teach Richard to play the cello and that Richard the tennis player would groom Linda for mixed doubles.

Neither worked out very well.

Today, Richard can manage the eight notes required for the cello part of Pachelbel’s Cannon in D, and Linda can get a slow serve in and then move off the court to let Richard play the point.

Not exactly what either of us had in mind. But some serendipity happened along the way: Linda became an avid tennis fan, and Richard now adores classical symphonic music.

“If you can’t do it, appreciate it,” has become our motto. Linda doesn’t have to drag Richard to the symphony—we drag each other!

We are actually writing this chapter from Rolland Garros, site of the great French Open tennis tournament in Paris where Linda is at least as into it as Richard. (“It’s not just the tennis, it’s the food,” she says.) Whenever we get a speaking invitation in Europe in the late spring, we build Rolland Garros or Wimbledon into our schedule; not to mention Sir Neville Mariner (and now his replacement) and the orchestra at St. Martin in the Field.

So the marriage message here is simple: Adopt each other’s interests and passions, whatever they are.

One of our daughters has adopted her husband’s love for camping. Another daughter has discovered that if she reads parts of the Economist every week, which her husband reads cover to cover, the two of them will have a lot more to talk about. One of our sons is working hard to learn another language because his Swiss wife happens to speak seven of them and because they now live in Zurich.

Now, you may not get much chance to completely devote your- self to any of your spouse’s passions, or to your own for that matter, while the kids are around. (Or, better said, the kids had better be your main interest or passion while they are at home.) But remember, the empty nest is coming sometime, and if you have learned to love what each other loves then it will be a happier nest!

For us, a lot is tied to a little saying we have come to love: “If it’s important to you, it’s important to me.” You can live on borrowed light or borrowed passion for something for a while, and then— whaddaya know—you start loving it like your partner loves it.

Let’s look for a non-sameness kind of equality that we can rename oneness and that celebrates our differences and welds them into one greater whole. Let’s learn from each other’s skills and inter- ests! Let’s learn the marvelous marriage synergy of accepting each other’s passions, then adopting and loving them.

Theoretical equality feels like a race and requires constant analysis and readjustment—and there is always the worry of who is ahead. A tag team race, with you both on the same side, is both better and faster.

In our own marriage we dumped the “equality” goal, which meant slowing one of us down so the other could catch up. It was unnatural. Unity was a better goal, allowing us to celebrate our differences in aptitudes and attitudes while blending and converging on our goals and priorities.

But there was a step beyond unity, an ideal to strive for that is higher and vastly more synergistic, and we came to call it “oneness.” Oneness, as we define it herein, is a change not in degree but in kind. It is a paradigm shift wherein, without minimizing (in fact maximizing) our individuality, we become two parts of one greater whole and where that new, combined entity becomes not only more important than either part, but more than the sum of its parts.

We have eight married children, and each of their marriages are unique. As we observe them and watch these couples grow together—through thick and thin, through good times and hard times—we are amazed at the resilience of marriage and impressed by their various ways of blending their differences into oneness.  Actually, on the various points of a good oneness marriage, elective, chosen, deliberate inequality can be a good thing—with one partner taking the lead in some things and doing less on others and vice-versa, depending on aptitudes and interests and circumstances. Good marriages are better described as finding oneness of purpose and strategic teamwork than simply as “equality.” The oneness we should strive for is not sameness but synergy, not equality but equanimity, not a cloning but a combining.

Are the two wheels of a bicycle equal or do they each do different things that make up one functional bike. Oneness is a happier, stronger, and simpler thing than equality. And oneness isn’t one easy, one-size-fits-all formula. It is something hard-won over a lot of years and after overcoming a lot of difficulties and hard times.