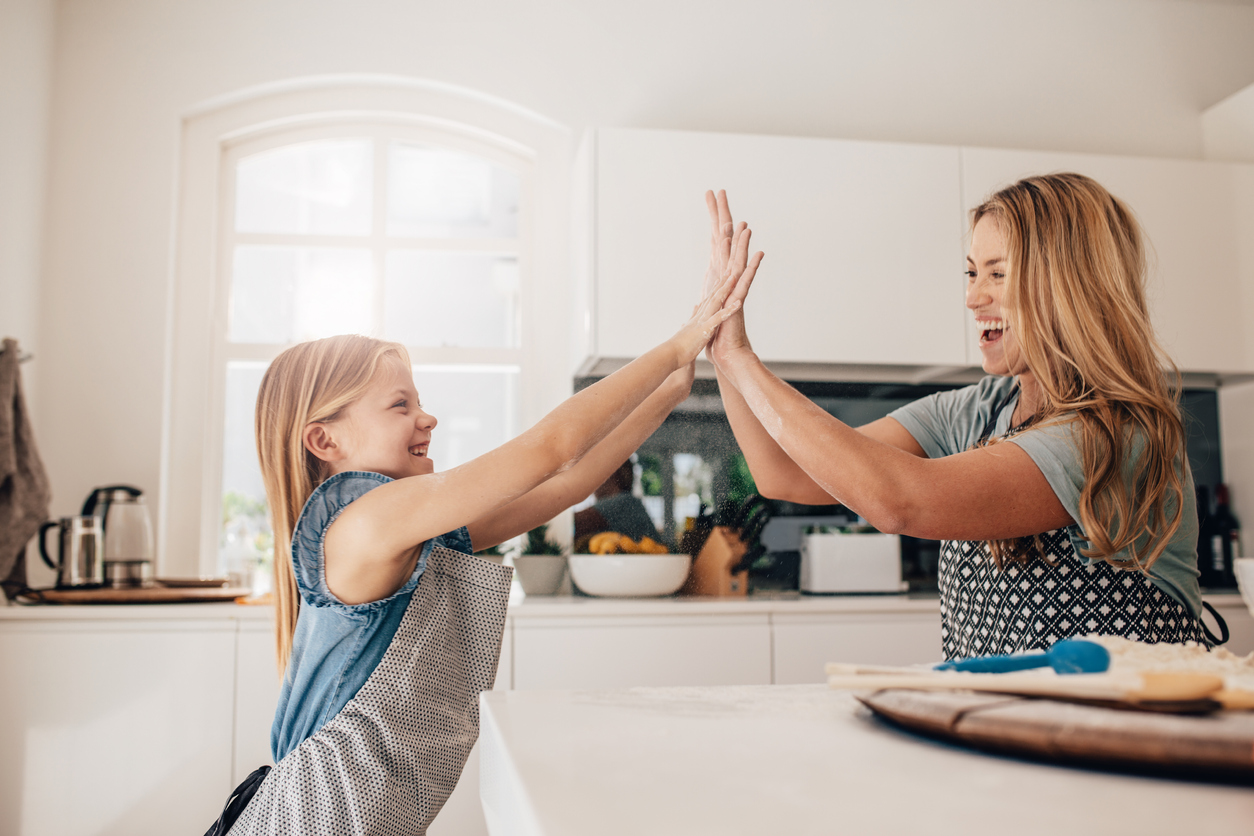 Science shows that an effective and necessary ingredient for raising healthy kids is to provide them with positive reinforcement for the good things they do; and a simple way to do that is through compliments for good behavior and characteristics.

My mother lives close enough for my family to go visit her and have Sunday dinner with her pretty often. My kids love going to see their Grandma Kleiner because they know that if they’ve eaten all of their dinner, they get to eat whatever amazing dessert she has prepared for us all, (which consequently ends up leaving a lot of dishes and messes to clean up afterwards). I received a random text message from my mom one Thursday, talking about my oldest, child, Tommy, which read, “Hey, Dano, I was just doing dishes and cleaning the kitchen and I thought of Tommy – and how he always asks if he can help when you guys come for dinner. Would you please find a private moment to speak with him; I wouldn’t want the other kids to be jealous or hurt. Please tell him that I thought about him today and how much I love him and appreciate his willingness to make my work lighter! Thanks!” I took my son aside and relayed my mother’s compliments to him. He immediately stood tall and smiled bigger than I had ever seen before and I know it is because he knew he was doing the right thing by helping out his grandma. Being recognized for that was important to him.

When Dan told me the story he recounted above, I recognized it as a prime example of the research that shows that one effective and necessary ingredient for raising healthy kids is to provide them with positive reinforcement for the good things they do; and a simple way to do that is through compliments for good behavior and characteristics. I think most of us probably understand why that’s important, and Dan’s example is the perfect way to make the point that we should be actively seeking out ways to give positive reinforcement to kids: Our own children, our grandchildren, our nieces and nephews, the youth in our churches, and even (especially) that snot-nosed little punk down the street that keeps riding his bicycle through our yard. So, if you’re tired of reading, the whole point of this article is to say that we need to compliment our kids more. In fact, research suggests that healthy kids experience a ratio of five (5) positive emotions to every one (1) negative emotion. So, when you have to get after your kids for not cleaning their room, or leaving the dishes out, or not closing the backdoor when they run out, or failing their spelling test because they didn’t practice, or, or, or… just remember: we now need to find five ways to also have a positive interaction with them. And guess what, a simple compliment counts as one.

If you’re not tired of reading, and like me, you love research to backup claims about how we should behave, here are a few scientific insights to support the claim that we need to compliment our kids more. To start with, let’s back up to the 1930’s, when famous psychologist, B.F. Skinner, demonstrated that rats will increase certain behaviors when they are given a desired reinforcement, and they will change other behaviors to continue getting their positive reinforcement, (Skinner 1938). In many ways, this was the beginning of experimental research proving that desired behaviors increase when they are reinforced.

In 2000, Ed Deiner published research in the American Psychologist demonstrating that the ratio of someone's experiences of positive and negative emotions actually predicts their overall well-being. For example, research shows that people who are successful in recovering from depression have a 4 to 1 ratio of positive (4) to negative (1) emotions. Stable and happy marriages have a 5 to 1 ratio, (compared to marriages considering divorce, which experience a 1 to 1 ratio). Profitable business teams have a ratio over 5 to 1, ( Fredrickson 2001, p. 449). The point is, happiness, success, life satisfaction, motivation, resiliency and high functionality are all tied to rewards for good behavior, which translate into positive interactions/emotions.

Gelfand and Hartmann (1975) showed that children are more likely to share their toys and possessions with another child when they receive praise and attention for doing so. Rushton and Teachman (1978) showed that not only are kids more likely to share when they are praised for it, but they are more likely to model that behavior with others. Morgan and Parker (2017) showed that this also holds true for athletic coaches working with youth. Performance and health increase when coaches use more positive interactions than negative ones.           Bandura (1986) demonstrated that kids are influenced by the general environment of their home. If there is a general focus on positive emotions, then attitudes and behavior tend to be more commonly positive.

Whittaker (2010) showed that compliments can be an effective way to provide positive reinforcement. Whittaker pointed out that it doesn’t have to be something big, it can be as simple as acknowledging when something good is done. He said, “verbal praise, or simply knowing [by being told] that someone trusts and believes…” and has confidence in you, is a significant marker for increasing positive behaviors, and building self-esteem in kids. Cheng, Siu and Leung (2006) stressed how compliments are a key feature of adolescent self-perception and confidence.

Look for ways to compliment the kids in your life. When your grandkids are helpful, let them know. And a reminder a few days later is even better. And pointing it out to their dad, so they get the positive reinforcement from him as well, is even better. Grandma Kleiner is a good reminder to us all that a simple strategy we can all employ to raise a healthy, successful generation, is an increase in positive reinforcement.

By Dan Kleiner and Logan Reid

Dan Kleiner and Logan Reid are friends and neighbors in Washington County, Utah. Logan is a licensed prevention specialist at Southwest Behavioral Health Center, and holds Graduate degrees in both Sociology and Mental Health & Wellness.