A Case For Family Meals by David Watkins 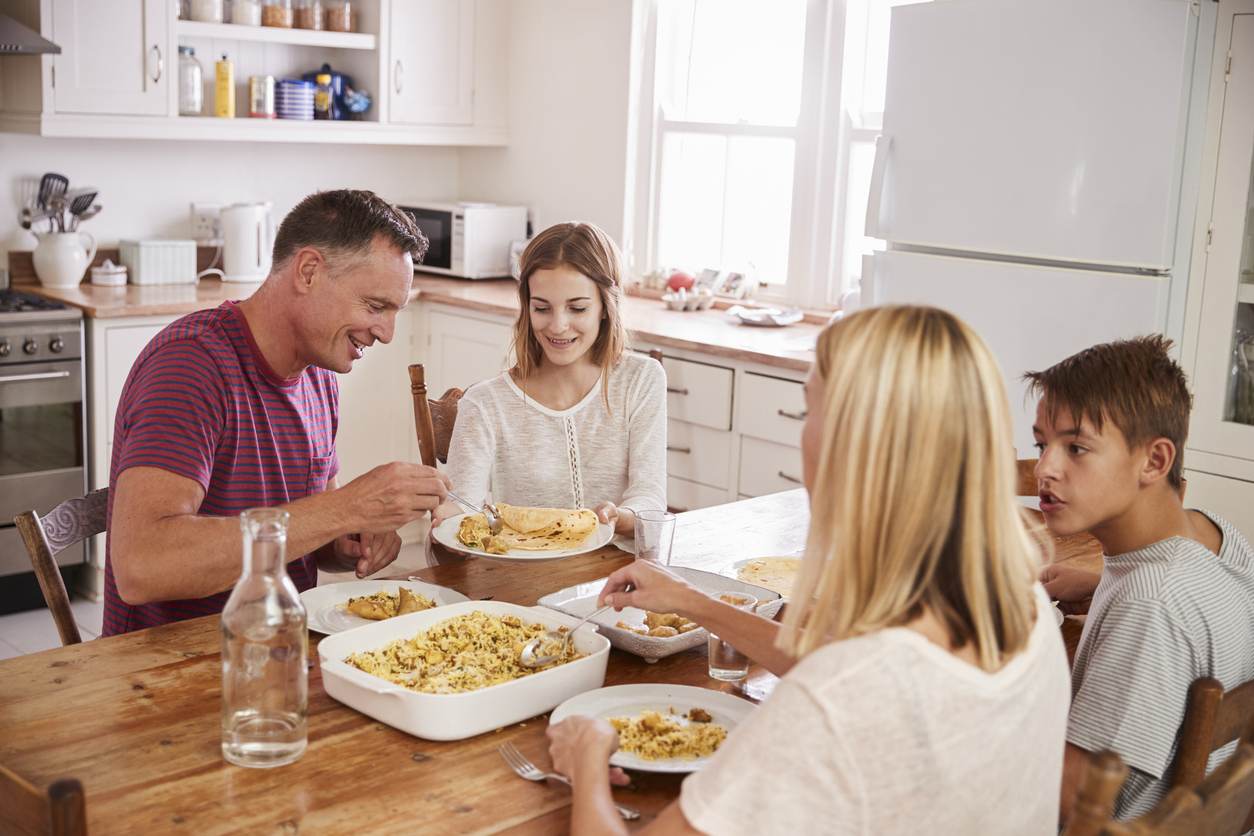 Parents have many concerns for their teens; underage drinking, marijuana, e-cigarettes, opioid misuse, risky sexual behavior or teen pregnancy, Internet safety, depression, suicide, and the list could go on and on. It’s hard to stay informed on all the latest risky behaviors children might find themselves in, so what are parents to do? How can parents prevent their children from becoming involved in risky behavior?

Simply put, family meals. Family meals are an awesome way for parents to keep their children safe from alcohol, drugs, and other risky behavior. And lucky for time strapped parents it’s not the quality of the food on the table that matters but the conversation and engagement that happen around the table.

According to a study from the National Center on Addiction and Substance Abuse, teens that eat dinner with their families 5 or more times a week report their parents know a lot about what is going on in their lives. Teens that reported having a “less than very good” relationship with their parents were more likely to engage in risky behaviors including:

Between 3 to 4 times more likely to have used marijuana

Between 2 to 2.5 times more likely to have used alcohol

Lower rates of eating disorders in children and teens

Having a strong family bond is one of the best ways to prevent youth from engaging in risky behaviors. When children feel a connection to parents, they are more likely to listen and follow rules. A strong family attachment is built by spending time together having fun, working hard, and supporting each other.

Children need to have clear boundaries. Parents often talk to their children about risky behaviors, including underage drinking, too late. Talking to children early and often helps ensure children know and understand what is expected of them. Parents are the number 1 influence on their children, but they have to communicate the rules for children to know where the line is to know not to cross it. Clear punishments need to be established and parents need to stick to those punishments when the line is crossed.

After building a strong bond, and setting boundaries, parents need to monitor their children. This includes knowing where and what children are doing, whom they are with, and when they will be back. It also includes monitoring their cell phones, social media pages, and Internet searches.

During a family meal, parents are creating a bonding opportunity, they have time to discuss and make clear family rules and they can learn of activities their children might be involved in that will require further monitoring. Families that can find the time to eat a family meal together at least 5 times a week reduce the risk of their child engaging in many risky behaviors.