POSTED BY Uplift Families on September 20, 2017 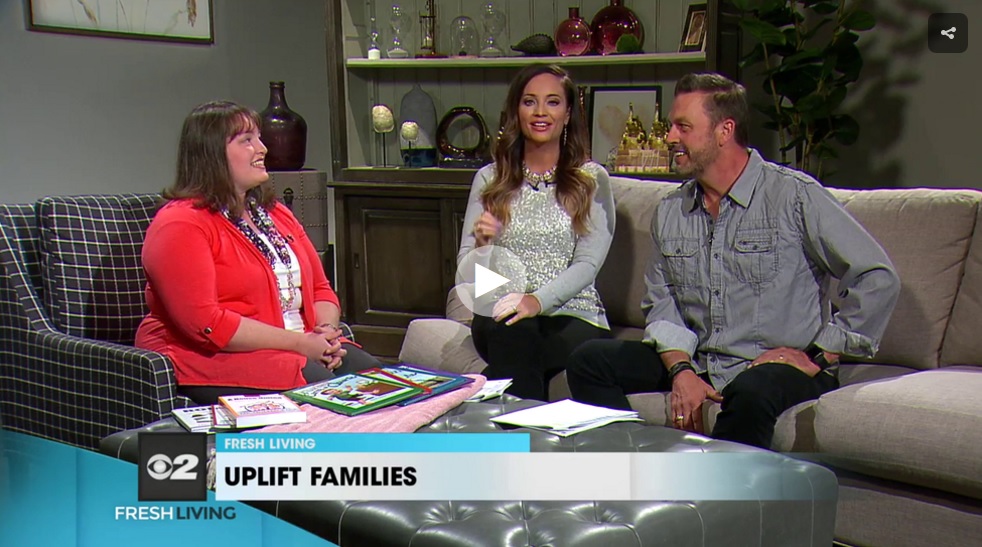 (KUTV) Salt Lake City - The Uplift Families Parenting Conference is rapidly approaching (October 14th, 2017), so we invited one of the speakers at the conference, Nicholeen Peck, to come sit with our Fresh Living hosts to talk about family.

When it comes to parenting, Nicholeen Peck is a worldwide phenomenon and leader — and for good reason! Her proven system based on Four Simple Skills transforms even the most out-of-control teenagers and homes from chaos to calm within days. Though she’s an international speaker, author, mentor, former foster parent of many difficult and troubled teens, and even President of the Worldwide Organization for Women (an approved consultant for the United Nations), Nicholeen spends most of her time at home with her husband and four children, which she knows will be her greatest impact and legacy. The fact that she has such an international influence while still being a stay-at-home mom is evidence of the effectiveness of her teachings. Learn more about her mission and methods at teachingselfgovernment.com. Nicholeen Peck is the mother of four and previous foster parent of many difficult and troubled teens. The Peck family's success with these difficult children was based upon calmness, the principles of self-government, and good communication. She has been teaching people around the world the principles of Self-Government since 1999. In 2009, Nicholeen and her family were featured in a one hour BBC documentary about parenting. She has appeared on various news shows and radio programs to discuss effective parenting. She is a popular public speaker, author of the international book, Parenting a House United, and many other books including Londyn LaRae Says Okay, Porter Earns A Quarter, Big Win For Quin, Paije Takes the Stage, Popular Parenting Methods, and more. She has also written many magazine articles, and articles for this website. Nicholeen's Books have been translated into Spanish, Chinese, and Japanese and she has taught audiences throughout North America, and in Europe, Asia and Africa. It is Nicholeen's mission to heal families around the world from emotional bondage by teaching them the principles of self-government that have set her and her family free.

The Uplift Families Parenting Conference is October 14th, 2017 at the Thanksgiving Point Show Barn at 5:30 pm. You can get tickets by going to UpliftFamilies.org.