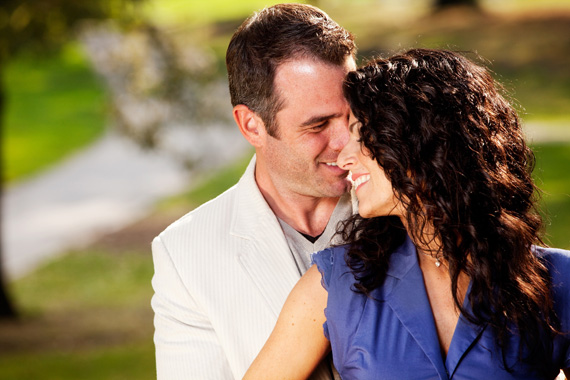 What is the best thing in the world?  The very best thing?  What is the ultimate blessing, the greatest privilege on earth?

But there is something even better than all of these—better because it gets us out of ourselves and lifts us into a higher realm of happiness received and happiness given.

It is the extraordinary privilege of having someone you love more than yourself!

Not someone who loves you more than themselves (although that might also be the case).  The very best thing in the world is loving someone so much that you would give your life for them; someone whose happiness means more to you than your own happiness; someone who depends on you; someone on whom you depend.

We live in a world where independence is almost an obsession.  So many people today, particularly Millennials, want to avoid being dependent on anyone; they want to keep their options open and not let anything tie them down.

But guess what... Independence is overrated!  In fact, when independence is defined as needing no one and avoiding responsibility for others, it is downright lonely, and one of the worst places that a person can be.

It turns out that what we ought to be seeking is interdependence—needing others as they need us—depending on one another—taking responsibility for each other.  Loving another more than you love yourself. That’s where the joy is.

Sometimes in our speeches or seminars, we ask married individuals an interesting question: “Whose happiness do you think you have more control over, your spouse’s or your own?”  When they really ponder that question, most conclude that they actually have more influence over the happiness of their partner than they do over their own happiness.

Someone who is always seeking his own happiness seldom finds it.  But someone who is genuinely trying to make his or her spouse happy usually succeeds.

And the state of being absolutely committed, of being married, when it is approached this way, is the most natural and joyful life style that has ever been discovered.  Ben Franklin put it this way “A single man is like half a pair of scissors.”

We are wired for interdependence.  We instinctively want to be with someone and take care of someone.  We are made to love and to be loved! And despite what many say, human beings are built and designed to perform and to feel at the highest level when they are committed to love one person exclusively.

Of course there are single people who are happy, who enjoy their lives, and who contribute much to others; yet most Americans who never have been married say they would like to be married at some point in their lives.

And of course it will have a similar determining influence on the one you love.

Emerson said “See how the masses of men worry themselves into nameless graves, while here and there a great unselfish soul forgets himself into immortality.” The best way, and the simplest way to forget yourself is by devoting yourself to the happiness of your partner, of your spouse.

And of course the great secret of it all is that in our devotion to spouse and our forgetting of self, the happiness we were not seeking floods into our own lives.

Richard and Linda Eyre are New York Times #1 Bestselling Authors and the founders of JoySchools.com who speak throughout the world on marriage and parenting issues.  Their two new books are The Turning, and The Thankful Heart.