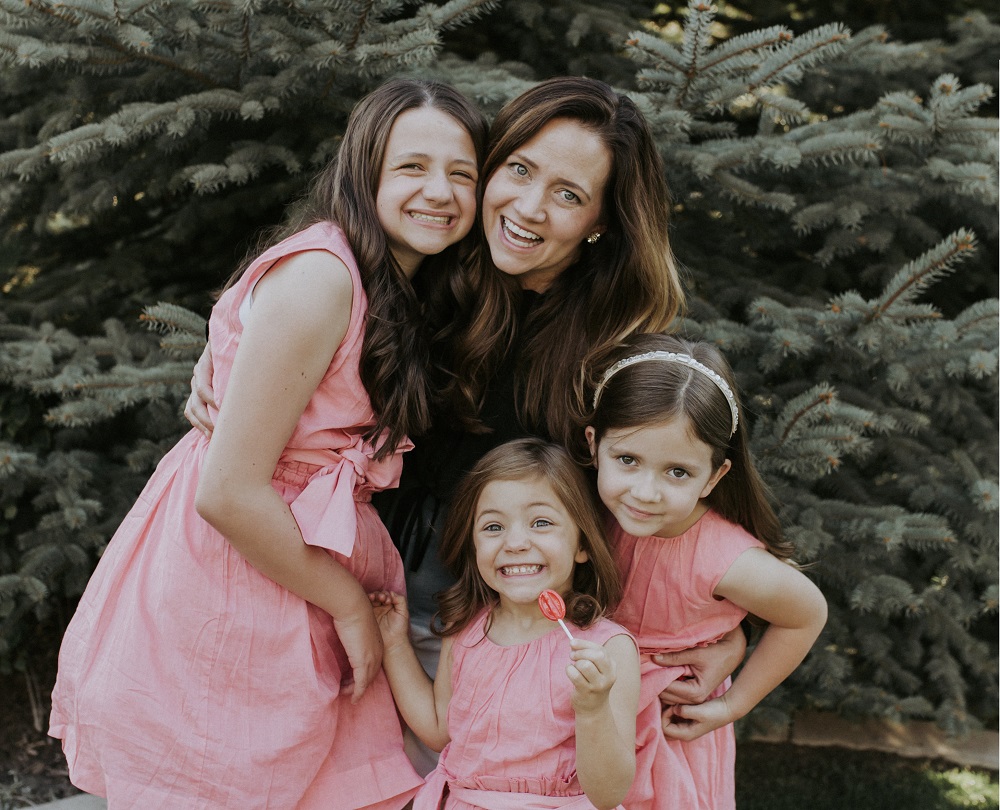 We have all met special people in our lives that have changed our hearts for the better. I have a special daughter, Emi Rose that has done that for me and countless others. She is special not because of her special needs but because of what she has taught.  Emi is true to herself, never gives up, and loves others. She leads by example every day.

After 10 years of infertility, my husband and I got to hold our daughter in our arms. We were delighted! When she was six months old we noticed that Emi’s eyes began to cross. She also was beginning to miss her motor skill milestones. She wasn’t able to hold her head or sit up. I began wondering what life would be like for my child.

At the age of three Emi was participating in weekly hippotherapy session with her occupational therapist, Kim. It was suggested that for the last 15 minutes of the session we play an instrumental version of Twinkle, Twinkle, Little Star. When the music stopped playing, Emi started humming the song. She had not used words since she was a year old. Kim and I were astonished by her response. Music was the key for Emi to connect! Soon after she started humming, all the children’s music she had listened to over the years began coming out of her. Then she began using words. Eventually, Emi’s O.T., Kim went back and completed her Ph.D. because of Emi’s influence in her life.

Emi has had to try really hard to learn to sit up, crawl, balance, walk, swim, and even jump. Many things we take for granted.  Years ago when she was still using a walker she participated in a local kids race. As the people cheered on the children at the track they could see Emi was the last child. She was trying with all her might to complete the race. The people from the stands and other runners numbering over 150 people came down to the track. All started to clap and cheer for her! As she crossed the finishing line, people were in tears and touched by her ability to push on in her difficulty to even walk. She changed many hearts that day.

Another small but powerful impact Emi made was the day we were at Costco together. I had her in the cart because she couldn’t walk or talk yet. Emi noticed a lady that kept passing us. Every time we crossed her path Emi would light up and smile at her. The lady wasn’t looking and you could tell she had a lot on her mind. Emi wanted to make her smile. So as any good parent I started following the lady so Emi could finally catch her eye.  The lady finally stopped and looked directly at Emi and smiled. I was so touched that my special daughter was so determined and aware in making another person smile.

In our society when we use the word “special” it often means better, greater, or otherwise different from what is usual. I don’t see disabilities with my daughter; I see her great abilities. I have learned from her that we all have gifts to share. My special daughter reminds us what being special is all about.

Ardice K. Lorscheider was born in Washington, D.C., and raised in Lake Oswego, Oregon. She attended Ricks College and Brigham Young University, where she graduated with degrees in Social Work and Family Science. Ardice fell in love and married a sweet Utah boy. The Lorscheiders spent 20 years dealing with infertility to have their beautiful family. She is totally smitten by her three amazing girls. She has served as a youth president in her church and as a school parent organization president. Ardice is a business partner with her husband and together they serve the oral health needs of northern Utah County. Her greatest service has been serving her eldest daughter who has special needs. Every day she is reminded of what matters most. Ardice is charmed by architecture, reading at the beach, and tea parties in the garden.