Controlling the Morning Chaos: 8 ideas that work by Nicole Carpenter 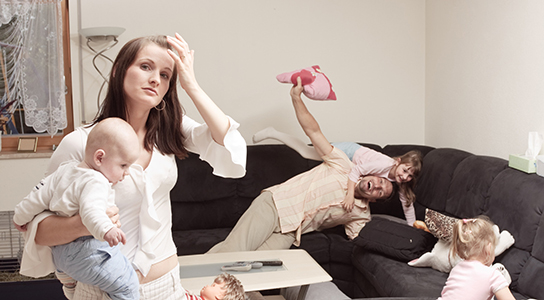 It’s the 30 minutes right before you send your kids out the door and off to elementary school that just might do you in — and the day has only just begun.

Groggy little faces greet you at the breakfast table with scowls, reminding you something is never quite right. The shirt they wanted to wear cannot be found and you cut the toast into triangles rather than squares. From then on, it’s the clock versus the kids; and the kids never seem to see the value in moving quickly — or rather correctly.

They eat breakfast too slow and brush their teeth too fast. They spend too much time petting the dog and staring at the cobwebs in the corner, and not enough time placing their homework in their backpack or looking for their missing coat.

Mornings like this don’t usually end well. For the third time you holler, “We’re late!” And someone breaks into tears — sometimes even you.

I know this scene all too well. One morning last month was particularly bad. I was spitting out commands, tasks and deadlines and my first- and fourth-grader were completely ignoring me. My role of “Morning Warden” had me snappy and mad and I sent them out the door upset and in tears.

Desperate and overwhelmed, I begged my Facebook friends for advice. I couldn’t survive another morning that mimicked this one. My friends threw me a lifeline — several actually. I’ve gleaned the best of their advice, and hopeful it can help you too.

1. Don’t be hard on yourself

Other families struggle every morning just like you. It became so clear so quickly that I’m not the only parent wishing our mornings were handled differently. And I know (all too well) just how much you want to stop the nagging, even the yelling, in your own home too.

2. Do your best to prepare the night before

This seems so easy, yet it wasn’t getting done in my home. I was reminded of the value in making lunches, packing backpacks and setting out clothes — all the night before. But even that is not the end-all answer.

Valarie Anderson, a mom of four in Richland, Washington, told me she finally found success in creating a morning routine list for each of her children. As Anderson explained, “They know they have to get each item completed. For whatever reason, it has made my mornings far better. And the kids don’t put up a fuss completing each to-do.”

Mickelle Shea shared another system that works for her. “I have their morning tasks on separate 3×5 cards hanging from a hook at their level. Every morning they have to get up, do the thing on the card and flip it over to the next one,” Shea said. “I find it keeps them a little more focused (and) helps me give simple reminders to work on the next card.”

While Shea said it’s not perfect, she believes the system has made a serious improvement in her home.

You could also make a magnet routine board like we’ve tried before in our house.

4. Create a reward for a job well done

Adhis Boucha of New Money Mama calls these rewards “a carrot at the end of their routine.” Boucha uses “carrots” with her own children each day. “When I get my 6-year-old ready, her carrot is one-on-one praise and affirmations. When Daddy helps, she gets to watch movies on his phone while he drives her to school, and then gives her praise and affirmations at the school,” Boucha said.

One mom suggested adding five minutes to the child’s bedtime for wasting five minutes in the morning. Another friend said she has her kids pay her gas money to drive them to school if they miss the bus.

I realized this was an area for growth in our home. I’ve told the kids I will add an after-school chore if they are not ready for carpool, though it hasn’t come to that yet.

6. Turn the entire morning over to them

An acquaintance with grown kids made it very clear that ultimately it’s not my responsibility to get them out the door, it’s theirs.

This is one area in which I’ve made the most improvement since our fiasco morning last month and already I’m seeing good, lasting improvements. I explained to the kids that I’m no longer the one in charge of their routine, they are. I mentioned I’ll be available to help, even help them keep track of the clock, but ultimately it’s up to them to make choices that keep them on track. And if they don’t stay on track, they now know what the natural consequences will be.

As a loving parent, this is one of the most important things we can do. Sometimes we just need to take a deep breath and leave the room to avoid saying something we might regret.

Shannon Bankhead of Layton, Utah, said, “I try to stay calm and say ‘I wish you weren’t making these choices right now, because I feel like you won’t like the consequences later.’ Being calm always freaks my kids out!”

8. It begins with you

Then my neighbor Liz Batchelor brought it all home with an intrinsic few of the origins of morning chaos. “I have done some of these suggestions — and when the planets align — it works,” she said. “I also have to do all these things for myself. When I don’t, I end of getting mad at my daughter for what is really my own fault.”

I realized just how much of our morning chaos came from my own lack of preparedness. I vowed to recommit to my own successful mornings while working to create positive mornings with my children. Let’s just say it’s a work in progress.

"To be able to learn what I learned from Nicole has helped me immensely! I have time for my family, my business and I have time for being a house manager. The balance I feel is that peace inside myself because I'm taking the time for the things that matter most."  -Crystal Nyman, doTERRA Blue Diamond 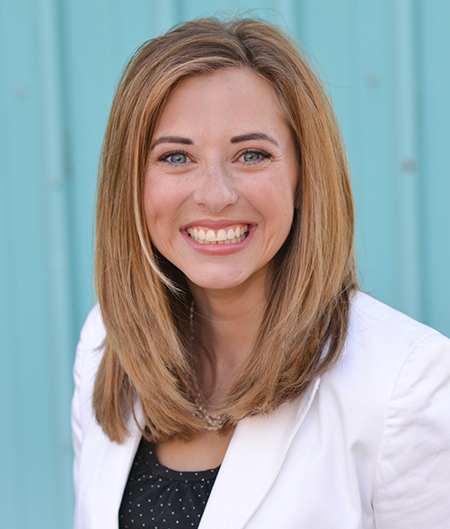