Break Down Barriers With Empathy By Nathan Sellers

What if I told you that there was a magical process that broke down defensiveness, ended hostility, opened your child’s heart, and built connection and intimacy? Would you use it? Would you giggle along with me in awe as you watched your relationships improve almost instantly?

Most people want a silver bullet to improve their relationships and work through conflict as easily as possible. If we are honest with ourselves, it’s because we want to avoid discomfort or frustration. However, avoiding isn’t the answer. We need to lean into it using the right approach.

As a mental health professional working with adolescents and their families, I am often in situations dealing with relationship conflict. In most of these scenarios the first inclination, either for myself or others, is to feel and react defensively. We want to justify or fight back at a complaint or accusation. We judge the other person; fairly or unfairly.

This defensive or reactive approach will never help the situation. If we want to break down the barriers in our relationship we need to humble ourselves with a profoundly different approach. We need to meet our loved ones where they are at. We don’t need to fix them. We need to understand them and express that understanding with love.

Not long ago, my 7-year-old daughter returned from a week-and-a-half-long stay at Primary Children’s hospital. She had been treated like a princess there and received undivided attention from her parents. But, when she got home, her siblings didn’t respond the same. They were focused on her own life, and she wasn’t getting everything she wanted. She became upset and stubborn and was refusing to go to bed when asked.

It would have been easy to get upset and frustrated with her. Thankfully, I didn’t. I tried to understand. At first, she was prickly and tried to run away from me. As she sat moping in the corner of our family room (far away from her bed) I sat down next to her and said, “It’s hard to be home, isn’t it?”

Head still in her knees, she nodded. Then she looked up and said, “Everyone is being mean to me.” 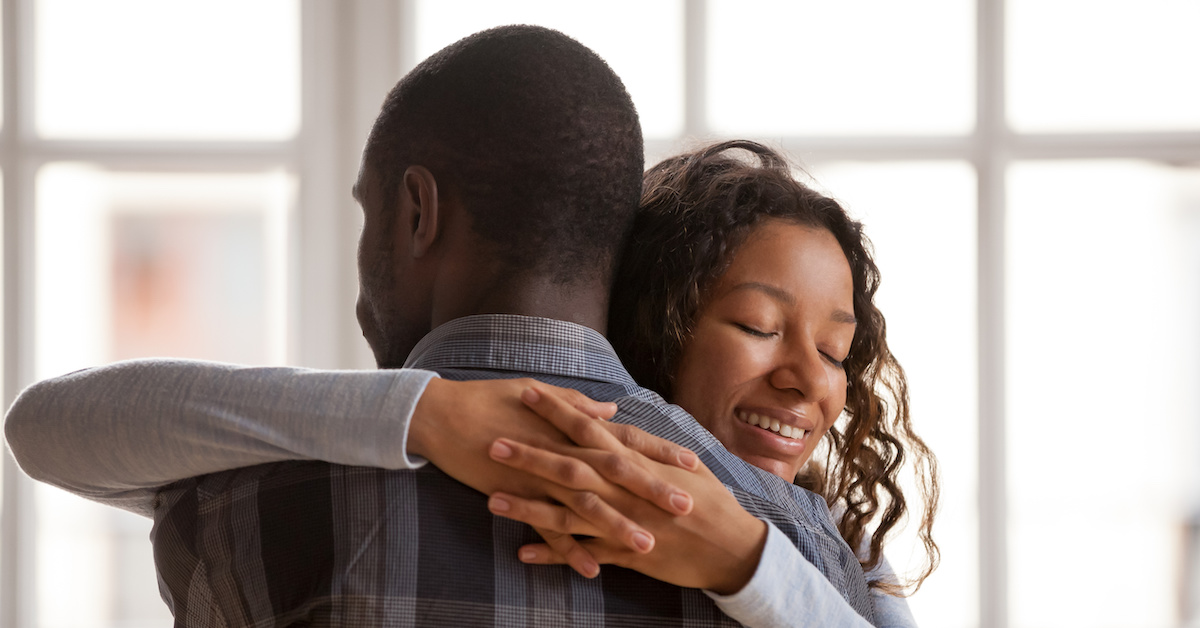 They weren’t. Everyone was treating her pretty well. I could have corrected her and told her so. But I didn’t. Thankfully. I asked her why she felt that way. She responded, “All the nurses were so supportive.”

Suddenly I understood. I gave her a hug and said, “It was nice to have all that attention and care, wasn’t it?” She nodded again. Then I empathized with her situation with going to bed and how it was hard not being able to sleep in the top bunk with her sister (she had just had brain surgery). She looked up at me with sadness. I felt her disappointment.

Then something incredible happened. She asked if she could have a few minutes alone and then she would go to bed as asked. I obliged and two minutes later she was getting into bed without complaint.

There is a funny YouTube short film that demonstrates this principle. In it, a couple is struggling to connect on an emotional level about an obvious problem. The wife is frustrated because her husband keeps trying to fix the problem. All she needs is for him to understand how hard her situation is. Eventually, he is able to express the words of empathy and validation: “That sounds really hard.”

While the expression of those words didn’t fix the actual problem, it did change the wife’s emotional experience. It took me years to understand that it’s not about the nail. It is empathy--or understanding--that shifts conflict into connection.

If you are finding yourself in a challenging relationship or social situation, try starting with empathy. It is more than just a time saver.
-Nathan Sellers

Here is an example of where I have seen empathy work its magic:

A young fifteen-year-old struggling with ADHD and social connection came to me feeling like all his peers hated him. It was clear to me that his problems were due to the weeks of impulsivity and rudeness toward them. I knew what he needed to be accountable for and the changes he would need to consistently make each day to improve his situation. Yet here he was, in a victim mindset, blaming his peers for his challenges. He was legitimately trying to change, but his learned behaviors of giving up and lashing out when things got hard were kicking in. So I chose to respond like this:

These statements disarmed him. He wanted to be defensive to any coaching that I was surely going to give him. He was ready for me to tell him what he was doing wrong.

But I didn’t start there. I just empathized with his struggle. I put myself in his shoes and walked with him for a while.

And he calmed down. He dropped his defenses.

It wasn’t long before he was listening to the bigger picture I was wanting to show him. He accepted the encouragement and counsel. He felt my lack of judgment.

Empathy Is A Connector

There are times when I find myself giggling with joy inside when I watch the magic that occurs through the simple practice of empathy. It amazes me every time. It has such power in our relationships. First and foremost, it changes our hearts to be present with another person. We have to start with ourselves first. We can’t expect others to change if we are unwilling to be the catalyst for that change. Once our heart is right, the magic starts to happen. I’ve seen empathy do the following:

If you are finding yourself in a challenging relationship or social situation, try starting with empathy. It is more than just a time saver.

It is a connector.

Nathan Sellers is a Licensed Clinical Social Worker working to help adolescents and their families to heal and grow together. He received his Master's Degree in Social Work from Brigham Young University. He is married to his beautiful wife and they have four children together.

His blog, writingonpurpose.org, is designed to help others understand the principles of healing and growth. He also has a YouTube channel where he discusses similar principles of relationships and mental health.